The 220 series (W187) was introduced in the summer of 1951 as Mercedes’ new mid-range model, slotted in between the four-cylinder 170 and the top-of-the-line 300-series six. The 220 boasted the company’s first all-new engine since the end of the Second World War, an over-square design that operated its valves via short rocker arms operated by a single overhead camshaft. The new 86hp in-line six was strong enough to give the 220 a near 90mph top speed. The 220 was built on a 112-inch wheelbase with a separate body and frame. The car was available in two flavors, a four-door sedan and a cabriolet. Maintaining the pre-war styling theme, the front doors were hinged at the rear which gave the car what is commonly referred to as “suicide” doors. The new 220 sedan had a large and impressive front grille with the headlights cleanly integrated into the front fenders. With its sleek styling and newly developed engine, the 220 was a great addition to the Mercedes-Benz lineup.

This Mercedes-Benz 220 Sedan may be the best example available anywhere, having had only two registered owners from new. The second owner, Harvey K. Sharpe, held the car for 50 years and spent the last 20 of those years restoring it. In a letter his widow states that while residing in Arcata, California during the early 1960s, her late husband purchased this car from its original owner, who is said to have been the head of the California Department of Transportation. Her husband, she wrote, was a “mechanical genius” who held a number of patents and designed the hydraulics for “Bruce”, the monster shark in Steven Spielberg’s epic film “Jaws”.

About 25 years ago, appreciative of the 220’s precision design and workmanship, Harvey K. Sharpe began a body-off, nut-and-bolt restoration. Today the car’s condition reflects his extremely high standards from top to bottom. The paint – described as 14 hand-rubbed coats â€“ is in beautiful condition, as is the light gray leather interior and polished hardwood throughout the cabin. The car also features a Webasto sliding fabric sunroof, a rare option for the day.

Mr. Sharpe completed the restoration in 2012, and after his passing in 2013, the car was carefully put aside and remained untouched until it was acquired by the consignor in 2014. Supplied with a correct spare wheel, jack, owner’s manual, and a copy of the original Mercedes-Benz data card, this 220 is ready for fair-weather driving with its top rolled back or to become the center of attention at any Cars and Coffee or Mercedes Club gathering. 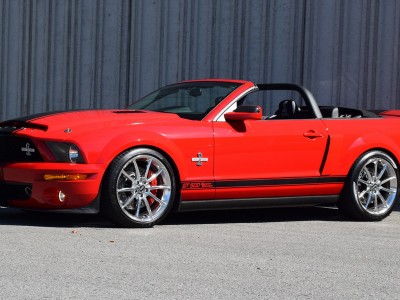 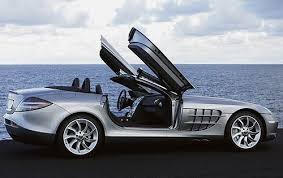 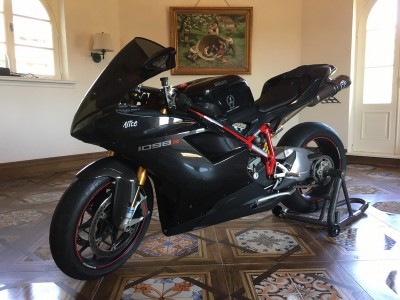