In 1954, Mercedes-Benz displayed a concept at the New York Auto show of a beautiful two-seat roadster with a removable hardtop. This concept came to market in 1955 as the 190SL, a more approachable, less intense sports car compared to the record-breaking 300SL “Gullwing.” While the 190SL features a carbureted 1.9 liter inline 4-cylinder engine compared to the 300SL’s direct-injected 3-liter slant six, they share basic engine design, suspension system, and level of detail and craftsmanship that defines Mercedes-Benz.Â

The new engine, which shared the same bore and stroke of the 300SL, was paired with dual Solex carburetors and produced 105 horsepower. This powerplant was mated to a fully synchronized 4-speed transmission that sent power to the rear swing axles. The 190SL implemented the same suspension systems as the 300SL, affording it confident handling and drivability.Â

While the 190SL did not quite offer the performance of other sports cars of the era, the impeccable quality and attractive styling made the 190 a massive successâ€”selling over 25,000 units before production ceased in 1963. Many of these models were delivered to the United States, where its driving demeanor and elegant styling were highly valued. The 190SL is an important part of the culture of small roadsters in the 1950s, as it demonstrated how luxurious the platform could be.Â

This spectacular example of the classic 190SL was completed at the Stuttgart-based Mercedes-Benz plant during spring of 1961, and most likely destined for the US market. The car was purchased from what is said to have been the second owner, whom the car had been with for over 40 years. A comprehensive restoration has been performed in the period-correct livery of Slate Grey over a delightful red leather interior, and the car has been equipped with matching fitted luggage in the trunk. This beautiful 190SL is offered with owner’s manual and tools, and is ready for touring or concours events. 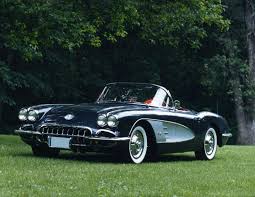