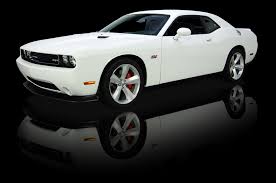 The Challenger remains offered in three different primary trims–Base, R/T and SRT8–that correspond to different engines, while a number of packages can help give the Challenger quite a range of possible styles and driving characteristics. The base model comes with a new-for-2011 305-horsepower, 3.6L V6 engine and 5-speed automatic transmission. For those who must have a V8, the Challenger R/T is the entry model, offering a 379-hp, 5.7L ‘Hemi’ V8 and either a 5-speed automatic or 6-speed manual transmission. At the top of the range is the SRT8, featuring a 475-hp, 6.4L version of the Hemi. Base Challenger models have the same retro muscle-car silhouette as the others, but they’re a little bit more sensible, with a low base price and reasonable fuel economy on the highway, while still providing satisfying enough acceleration for most everyday driving. The V8 models however have a different attitude, with a rumbling exhaust sound, tremendous torque just off idle and a true muscle-car feel. Thanks to Dodge’s multi-displacement system, which shuts down some of the cylinders during coasting or cruising to save fuel, either the 5.7L or 6.4L Hemi engine has the power to lay rubber, but can behave itself when cruising. You sit rather low in the Challenger, and the car’s tall shoulders lend a protective feeling. Front seats have plenty of space for the largest folks, and although technically the Challenger is a 5-person coupe its back seat can be quite tight, and entry and exit from the back seats can be a challenge. The trunk however is huge and easily accessed– Dodge says it’s as big as that of the Charger sedan. The high-performance SRT8 model that’s at the top of the Challenger model range is truly where the muscle-car cues all come together. The SRT8 includes hood stripes, a rear spoiler, a functional hood scoop, a satin chrome grille and special SRT-design 20-inch alloy wheels, and the appearance extras make the most of the blunt, aggressive shape and low, wide stance. Standard features across the Challenger model line include electronic stability control, anti-lock brakes, side airbags and side-curtain bags. The bargain-priced base Challenger isn’t luxurious but it includes nearly all the features that are expected at its price level, including keyless entry, cruise control, air conditioning, power foldaway mirrors and a CD/MP3 sound system with auxiliary input. In addition to the V8, suspension, steering, and wheel upgrades, the R/T adds fog lamps, satellite radio, Bluetooth and a spoiler.The SRT8 adds a host of extras in addition to the performance improvements, including HID headlamps, power heated mirrors, a remote start system, heated leather seats, a media center with hard-drive system and Boston Acoustics sound.

Considered a cult movie classic, ‚ÄúVanishing Point‚Äù is Mopar lover‚Äôs equivalent to ‚ÄúGone in 60 Seconds‚Äù. The plot centers around a tough guy named Kowalski who drives a wicked fast 1970 Challenger R/T on a long, high speed exodus across the American Southwest to win a bet. The result is roughly two hours of footage in which a bad ass white Mopar tears up the roads and runs flat-out against all odds. What more do you really need for a great car guy movie?!

The concept of a special edition movie car is nothing new, but this 2011 Challenger SRT-8 Kowalski Edition is, indeed, something very special. In 2009, a very motivated guy named Bob Frederick of New Wilmington Dodge in New Wilmington, Pennsylvania envisioned a fitting ‚ÄúVanishing Point‚Äù tribute car. Initial thoughts revolved around using a regular Challenger, because white was added to the color palette in 2009; but Bob knew that any kind of ‚ÄúVanishing Point‚Äù tribute car worth its salt had to be a top-of-the-line SRT-8 model with massive firepower and a 6-speed manual transmission. There was only one problem with that logic: white was not on the menu for the SRT-8.

Enter the 2011 392 Inaugural Edition Challenger SRT-8 which FINALLY offered white among its available colors. Bob immediately called Auburn Hills and told them his plan: A white, stripe delete SRT-8 392, 6-speed manual transmission with Dark Slate SRT seats, 20 inch aluminum SRT wheels, a navigation system and SRT Option Group II. Technically, his plan was very possible, but he threw in one other caveat for the guys at Dodge: he wanted sequential VINs. After some hand wringing and a lot of convincing, the pentastars aligned and ten white, stripe delete, 6-speed SRT-8 Challengers were delivered to Bob‚Äôs New Wilmington Dodge showroom. Once they arrived at the dealership, the Challengers underwent a slew of minor modifications which included: custom fender tags, unique ‚ÄúKowalski Edition‚Äù engine bay stickers, a pair of Scat Pack quarter window bee decals that are reminiscent of the ones used on Dodges 1970 performance models, Mopar quad chrome exhaust tips, 1970-style Hurst Pistol Grip shift handles that are complete with both wood grain grips and a six-speed shift-pattern inserts and specially numbered dash plaques. Additionally, the cars come with unique broadcast sheets courtesy of Chrysler Group LLC, and as a tribute to the movie that will get fans excited, a reproduction Colorado license plate that matches the one used on the ‚ÄúVanishing Point‚Äù movie car. The result is a plain white bodied car that looks amazing; and while the lack of stripes and exterior markings helps the car keep a low profile on the street, it still has the ability to stand out in a crowd of ‚Äònormal‚Äô SRT-8s.

Of course, all ten Kowalski Edition Challengers were snapped up before the broadcast sheets even hit the assembly line printer, and this one, number 4 of 10, was initially ordered new from New Wilmington Dodge and delivered directly to our RK Motors Charlotte. With only 3,761 carefully chosen miles on its odometer, it is factory new in every way. If this were a 1970 Challenger, this is where we would include the fender tag decode; and since the Kowalski Edition Challengers now carry their own special fender tags, here‚Äôs the information:

Pretty cool, huh? We thought so!

For the 2011 model year, Dodge gave the Challenger SRT-8 some serious upgrades. Power comes from a new 392 cubic inch Hemi V8, which now makes and even 470 horsepower and 470 pounds of torque. With the Kowalski Edition, there‚Äôs a high-flow air filter which may free up a few horsepower and provides a definite big block sound that‚Äôs strangely absent on the stock car. Otherwise, the engine bay is in untouched factory condition, with all the original markings, labels, and components 100% intact. Remember, this is basically a brand-new car that has been kept by guys who understand the value of not altering ANYTHING on a special edition piece.

Underneath the car, a 6-speed Tremec TR-6060 with a dual disc clutch is more than up to the beating it‚Äôs sure to receive at the hands of the big Hemi, and the rear differential internals are now shot-peened for extra strength. The exhaust system has been reworked, and according to Chrysler engineers, just barely passes drive-by sound requirements for production cars. Other changes for 2011 include new hydroelastic engine mounts which suppress idle shake and better control the engines mass during cornering, stiffer suspension bushings that are complemented by larger front and rear anti-roll bars, a steering ratio that has been quickened from 16.1:1 to 14.4:1, and an increase in the front negative camber from 0.8 degree to 1.4 degrees. Together, these changes make the SRT8 a lively handler that belies its size. Wheels are those gorgeous SRT-8 20-inchers wearing 245/45/20 Goodyear Eagle RS-A radials.

Inside, its 100% stock Challenger SRT-8, which includes leather and suede buckets with SRT logos embroidered on the seatbacks. The dash has silver-faced gauges that comprehensively monitor the engine and the navigation and entertainment system is easy to use and powerful. The cars special equipment wood grain pistol-grip shifter looks right at home in the brushed aluminum console, and the steering wheel is one inch smaller in diameter than last year‚Äôs car. As with the rest of the car, the interior is in absolutely pristine as-delivered condition throughout.

Documentation is an important part of any special edition car, and this Challenger is no exception. In addition to the aforementioned fender tag under the hood, this one carries a Kowalski Edition build sheet, as well as the original build sheets that come with all new 2011 Challengers. We also have the window sticker, special owner‚Äôs manual kit with the new Scat Pack logo, and all the original paperwork from Chrysler. Oh, and don‚Äôt forget about that custom 1970 Colorado license plate from the original Vanishing Point Challenger.

If you‚Äôre a fan of the movie or simply love the unique opportunity that this car represents, you cannot afford to wait. Rarely does the factory cooperate with a dealer to create something like this, and it‚Äôs highly unlikely that they‚Äôll do it again. Nine of the Kowalski Edition Challengers have vanished into prominent Mopar collections, leaving only number 4 here looking for a new home. There‚Äôs no doubt this is a special car. 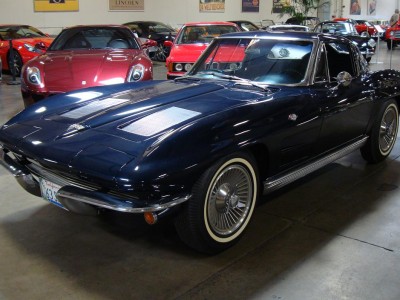 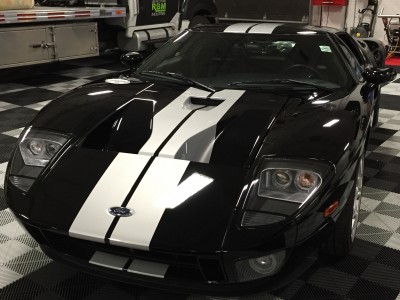 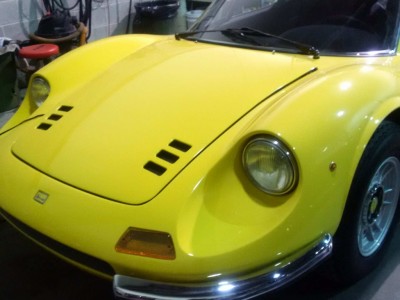